WHO Official: COVID Cases Surged in Mideast in Early Jan but Deaths Fell

COVID-19 cases rose 89% in the Eastern Mediterranean region in the first week of January compared with the previous week but deaths fell by 13%, a World Health Organization official said on Thursday.

Out of 22 mostly Middle Eastern countries in the region, 15 have reported cases of the Omicron variant, WHO regional director Ahmed Al-Mandhari said.

Six countries in the region have vaccinated less than 10% of their populations, he said.

“Despite the incredible progress in developing effective tools to control and prevent the pandemic … we continue to see increasing numbers of people being infected, too many of whom died of the disease,” Al-Mandhari, WHO regional director for the Eastern Mediterranean region, said at a press briefing in Cairo.

The region comprises 21 member states and the occupied Palestinian territory, with a population of nearly 679 million people.

WHO Says Global COVID-19 Emergency Could End this Year 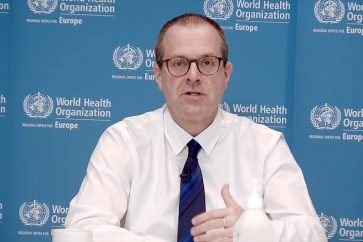 End of Pandemic in Europe ‘Plausible’ after Omicron: WHO 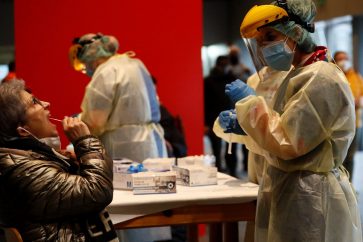