US occupation forces transported dozens of ISIL terrorists from prisons which are under the control of QSD militia in Hasaka province to Al-Omar oil field in Deir Ezzor eastern countryside.

60 terrorists were transported on board two helicopters for US occupation, accompanied by Apache helicopter, from prisons in Hasaka city to al-Omar oil field, in coordination with QSD militia, the sources said.

The move came after those terrorists underwent training courses by the American occupation forces to integrate them into the so-called” Tribal Army” supervised by the occupation forces, and led by the terrorist “Ahmad al-Khabil”, nicknamed “Abu Khawla”, the sources told SANA. 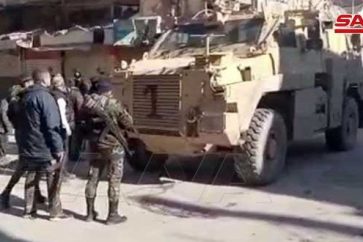 Syrian Arab Army Intercepts Convoy for US Occupation in Hasaka 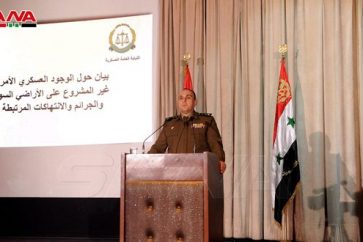 Syrian Military Public Prosecution: No Legitimate Justification for US Presence in Syria