In his video speech on Monday at the opening session of the International Parliamentary Conference in Support of the Palestinian Intifada, hosted by the Iranian capital, Tehran, House Speaker Nabih Berri, reiterated utter rejection of Palestinian resettlement.

“We underline our rejection of any attempt to impose resettlement under any rubric,” Speaker Berri stressed, calling for adherence to the resistance choice.

Berri indicated that Lebanon is suffering under the impact of a political, economic, financial, livelihood and health crisis that is the most dangerous in its history, not to mention an unannounced siege due to its support and commitment to the resistance and its sovereignty rights.

He warned “of the seriousness of the deterioration of the health situation in the Gaza Strip due to the spread of the Coronavirus under the unjust blockade, and same applies to the West Bank and the occupied territories,”  saying: “the international community is called upon to secure vaccines for Gaza.” 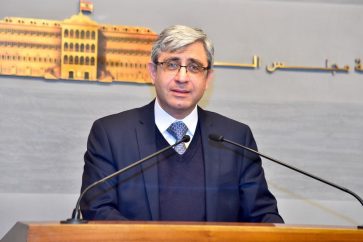