IRGC Aerospace Force Commander Brig. Gen. Amir Ali Hajizadeh Thursday briefed the media outlets on the Iranian missile strike on US military base in Iraq, stressing that it managed to undermine US awe.

General Hajizadeh stressed that since WWII there has not been any attack on a US target that keeps unanswered, adding that Iran managed to eradicate this horror formula.

General Hajizadeh pointed out that the Iranian forces fired 13 missiles at Ain Al-Asad base and had been able to fire hundreds of others had the US forces responded.

The Iranian missiles hit the command chamber and positions used to prepare the combat helicopters at the US base, according to General Hajizadeh, who added that Iran decided to strike the US base in Iraq that is the largest and the farthest from the Iranian border.

“Unlike the Americans, we are not criminals; we could have struck the dormitory areas of the US troops at Ain Al-Asad base and killed 500 of them had we decided that.”

General Hajizadeh stressed that the missile strike left US human losses, adding that nine jets moved the injured US soldiers to the Zionist entity.

General Hajizadeh emphasized that the US existence in the region is in danger, calling on Washington to learn from what happened and start a voluntarily withdrawal.

General Hajizadeh addressed the Gulf countries, reiterating that the US forces may never protect them.

“The Iranian forces planned to strike the US bases in the Gulf countries.”

General Hajizadeh stressed that the assassination of General Suleimani will cause a tsunami that will expel the US forces from the region. 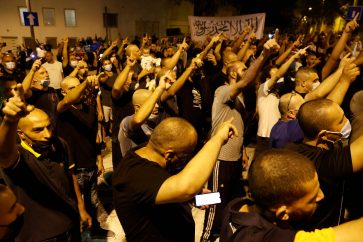 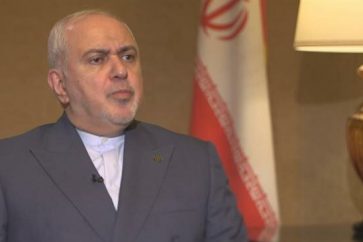 Iran’s Zarif: Muslims Are the Primary Victims of Hatred Empowered by Colonial Regimes