“We need to assess the details of the statement Prime Minister Netanyahu has made,” Mogherini said in a statement on Monday night after Netanyahu claimed he had new “proof” of an Iranian plan that could be activated at any time to get an atomic bomb.

Netanyahu, who has repeatedly called for the accord between world powers and his country’s main enemy Iran to be altered or scrapped, gave a presentation on television allegedly exposing Iran’s nuclear dossier.

“The IAEA is the only impartial, international organization that is in charge of monitoring Iran’s nuclear commitments.”

“What I have seen from the first reports is that Prime Minister Netanyahu has not put into question Iran’s compliance with the JCPOA (Joint Comprehensive Plan of Action) commitments, meaning post-2015 nuclear commitments,” she added.

“I have not seen from Prime Minister Netanyahu arguments for the moment on non-compliance, meaning violation by Iran of its nuclear commitments under the deal,” Mogherini said.

“Iran has fully complied with its commitments,” according to 10 IAEA reports, she said.

The US could withdraw completely on May 12 — the next deadline for waiving Iranian sanctions.

Iran has always denied it sought nuclear weapon, stressing its atomic program was for civilian purposes. 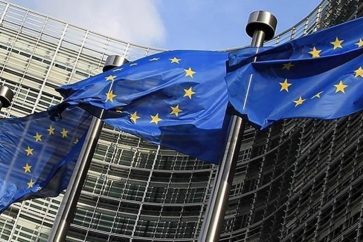 Iran: Deal on Revival of JCPOA Could Be Made Immediately If US Changes Approach