Israeli media reported that the defense minister, Benny Gantz, resorted to a fortified site in Ashdod when Palestinian missiles hit the city.

The Palestinian resistance had fired a large number of missiles at Ashkelon and Ashdod in response to the ongoing Israeli aggression on Gaza which left more than 26 martyrs and 122 injured.

Hamas military wing said in a statement it succeeded in using a new tactic in firing the missiles at Ashkelon to evade the Iron Dome interception, 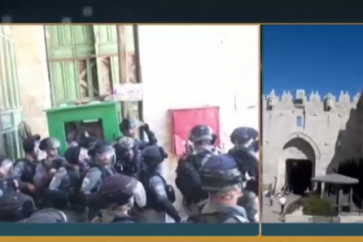