Zarif: US Hinders Transfer of Iran Fee Debt to UN

Iranian Foreign Minister Mohammad Javad Zarif said Tehran allotted money to pay for its membership fee of the United Nations, but the United States got in the way of paying the membership debt.

In an interview with IRNA news agency, FM Zarif said on Friday that Iran wanted to pay 16 million dollars for voting rights and fee debt to the UN, but the US hampered the transfer of money to the UN account because of its unilateral sanctions on the Islamic Republic.

The government of President Hasan Rouhani allotted the amount of money from Iran’s credit at South Korean banks, the top Iranian diplomat noted, according to IRNA news agency.

Answering a question about Iran’s frozen money in South Korea, he said that the Ministry of Foreign Affairs has no responsibility in this regard and it is accountable to facilitate transactions between the Central Bank of Iran and foreign organizations.

He further noted that Iran should implement the resistance economy program in a bid to develop the economic situation of the Islamic country.

Meanwhile, Zarif said that some Gulf countries have lost four years of cooperating with Iran by depending on the former US President Donald Trump.

He expressed the readiness of the Islamic Republic to hold talks with regional countries, underlining that Iranian officials have repeatedly suggested holding dialogue with Gulf countries.

“This region belongs to all of us and its security is in the interest of all of us. Countries of the Persian Gulf must know that they and Iran will stay in this region and Trump will be gone,” Zarif added, as quoted by Mehr news agency. 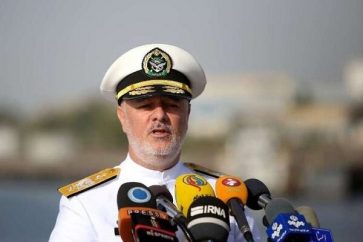