The UN monitors said there were two air strikes in quick succession on the Oct. 8 funeral, and that they found “in respect of the second air strike, that the Saudi Arabia-led coalition violated its obligations in respect of hors de combat and the wounded in this ‘double tap’ attack.”

Under international humanitarian law, attacks are prohibited against hors de combat – fighters incapable of defending themselves – the wounded, and medical personnel and units.

The UN has said some 140 people were killed in the attack on the funeral and several hundred more were injured.

“The second air strike, which occurred three to eight minutes after the first air strike, almost certainly resulted in more casualties to the already wounded and the first responders,” the UN monitors said.

The UN monitors found that the Saudi-led coalition “did not take effective precautionary measures to minimize harm to civilians, including first responders, in the second strike.”

Saudi Foreign Minister Adel al-Jubeir claimed on Monday that Riyadh was being careful to abide by humanitarian law and that those responsible for the funeral bombing would be punished and the victims would be compensated.

A UN-brokered 72-hour truce in Yemen went into effect on Wednesday, but came under pressure on Thursday. 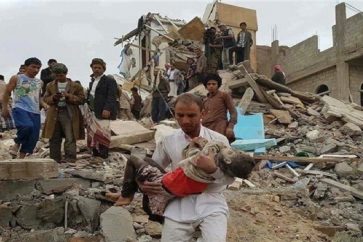 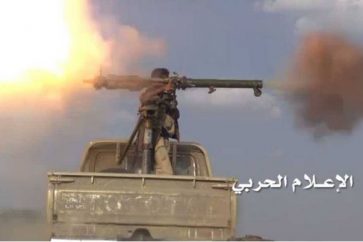