The Zionist entity and Qatar held diplomatic talks to open a temporary office in Doha for the 2022 FIFA World Cup, Israeli media reported on Wednesday.

The purpose of the office is to “facilitate consular assistance” to tens of thousands of Israelis who are expected to arrive at the World Cup games between November 20 and December 18, Ynet reported, quoting Israeli officials as saying.

An Israeli official said the issue is being discussed and he is “certain eventually a solution will be found before the games will begin.”

The official said Qatar was concerned about the possible reopening of an official Israeli liaison office after one was closed in 2008, following a round of fighting in the Gaza.

The Zionist entity has no diplomatic relations with Qatar, but there are security ties between the sides. Mossad representatives often visit the country, mainly to coordinate transfer of Qatari aid to the Gaza Strip.

The office also denied that a phone call was scheduled between Prime Minister Yair Lapid and a Qatari leader to settle the issue. 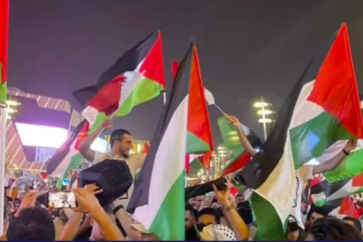