Solomon Islands has signed a policing deal with China and will send a proposal for a broader security agreement covering the military to its cabinet for consideration.

According to a copy of the draft security agreement circulating on social media on Thursday, it would allow China to base navy warships in the Pacific, less than 2,000km off Australia’s coast.

Karen Galokale, permanent secretary for the Ministry of Police, National Security and Correctional Services in Solomon Islands, told Reuters a cooperation agreement signed between Solomon Islands and China covered policing. She confirmed a wider agreement was being discussed.

“Any other arrangement on broad security would be just the same as the Australian agreement,” she said in a telephone interview, giving the first public confirmation of the broader security talks. “It will have to go to cabinet.”

The arrangements are also likely to worry the United States, which said in February it would open an embassy in Solomon Islands after senior US administration officials expressed concern China wanted to create military relationships in the Pacific islands.

Solomon Islands switched diplomatic ties from Taiwan to Beijing in 2019, which partly fueled discontent that led to riots in the capital, Honiara, in November.

Australia has historically provided security support to Solomon Islands and led a policing mission to restore order in the wake of riots, at the request of prime minister Manasseh Sogavare.

Australia’s minister for home affairs, Karen Andrews, told reporters on Thursday the Pacific was Australia’s “back yard”, when asked about the possibility of the Chinese military operating in Solomon Islands. 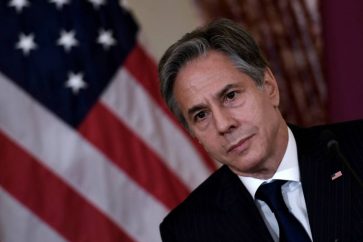