A number of Saudi princes, including two sons of the previous monarch, King Abdullah, remain in detention, The New York Times reported.

In an article published don Sunday, the NYT said that former Saudi crown prince Mohammed bin Nayef was one of the prominent figures to remain in detention.

The NYT said that Saudi princess, Basmah bint Saud, was released last Thursday nearly three years after being prisoned, noting that she was among a number of prominent Saudi activists, dissidents and members of the royal family either jailed or put under house arrest during the rise of Crown Prince Mohammed bin Salman.

Returning to bin Nayef, the daily said that after bin Salman ousted the former crown prince to claim the title for himself, he put him under house arrest until 2020. In March 2020, bin Nayef was arrested and detained.

At the start of his detention, Mohammed bin Nayef was held in solitary confinement, deprived of sleep and suspended upside down by his ankles, NYT said, according to two people briefed on his situation, who spoke on the condition of anonymity because of the sensitivity of the issue.

Last fall, he was moved to a villa inside the complex surrounding the king’s Al-Yamamah Palace in Riyadh, the capital, where he remains, the people said, as quoted by the daily.

Mohammed bin Nayef is kept by himself with no television or other electronic devices and receives only limited visits from his family, the people said, according to NYT. He appears to have sustained lasting damage to his ankles from his treatment in detention and cannot walk without a cane. 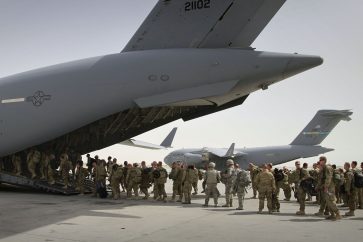