Amid the numerous complications of the local politics, the decree, aimed at sustaining Lebanon’s rights to its territorial waters and the offshore natural resources, failed to reach its final signature.

President Michel Aoun rejected to sign the amendment of decree numbered 6433 and insisted on the caretaker premier Hassan Diab to hold a session for the council of ministers in order to approve it.

Sources close to the presidency mentioned that President Aoun insists on following all the legal and Constitutional procedures which sustain the decree and reinforce Lebanon’s stance in protecting its resources.

It is worth noting that the government if the former premier, Foad Siniora, agreed in 2007 to demarcate the borders without securing Lebanon’s full rights.

The map below shows how Siniora government agreed to delineate Lebanon’s maritime border at point 1 instead of 23 and relinquished 860 square kilometers.

The Lebanese Army prepared a new map that confirms Lebanon’s right to demarcate its maritime border at position 29, which secures Lebanon to 1430 more square kilometers. 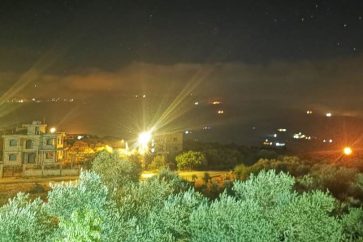