After the ministry of public works failed to respond quickly to the appeals of the residents in Tufail town besieged by snow, Hezbollah logistic units in Bekaa moved to rescue the village which lies on Lebanon’s border with Syria.

In details, around 70 inhabited houses were besieged for several days, and the residents could not obtain their basic life needs.

Hezbollah Command in Bekaa dispatched a bulldozer to remove the snow and open the roads, donating bread to the besieged citizens.

Tufail locals thanked Hezbollah for rescuing them from the snow blockade, highlighting its quick response to their appeals. 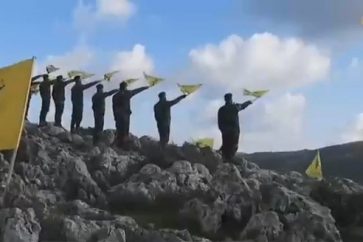