Iranian President Hassan Rouhani said on Wednesday that the reign of “crazy murderer” Donald Trump will soon come to an end, and the situation in the Middle East will stabilize after his departure.

During a televised session of the Iranian cabinet, Rouhani said that the “foolish” assassination of the head of IRGC’s Quds Force Qassem Suleimani has helped bring about end to “Trumpism.”

“One of the consequences of this shameless and foolish deed is the end of Trumpism. A few days from now, the rule of this savage and crazy murderer will end, and the whole history of his regime will go into the dustbin of history.”

“I’m confident that after Trump the situation concerning security and stability in the region will become significantly better,” the Iranan president added.

The president went on to say that the Daesh terror group was a “mercenary force for the US and Israel,” noting that the Israeli occupation regime provided the Takfiris with weapons, and that both Washington and Tel Aviv have benefited from and taken advantage “of turmoil and insecurity in the region.” 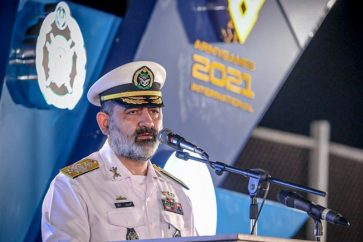