Bahrain’s main opposition group, the al-Wefaq National Islamic Society, has strongly condemned the participation of a senior Israeli rabbi at a purported religious event in the Persian Gulf kingdom, arguing that his invitation attests to the ruling Al Khalifah regime’s hostility towards the Bahraini nation.

Al-Wefaq said in a statement released on Tuesday that the initiation of Jerusalem al-Quds Chief Rabbi Shlomo Amar to a “mock event” hosted by the Bahraini regime substantiates the aggressive and provocative stance that Manama authorities have adopted vis-à-vis the people of Bahrain besides Arab and Muslim nations.

“The entire Bahraini nation from all strata of the society is opposed to normalization (of diplomatic relations with the Israeli regime) and such cheap propaganda programs. These steps are only favored by the ruling regime, which has not been appointed by popular vote, and rules the country with an iron fist. It, therefore, implements provocative individual policies at different levels,” the statement read.

Al-Wefaq then called on the Manama regime to cease its acts of provocations and treacherous normalization projects since they do not legitimize and decriminalize the ugly dictatorship in Bahrain.

The statement concluded by emphasizing that the Al Khalifah regime’s talk of tolerance and coexistence projects is a flat-out lie given the realities on the ground.

On Monday, Amar concluded his visit to Bahrain, where he attended a conference of religious leaders at the invitation of King Hamad bin Isa Al Khalifah.

During his visit, which was organized by the Israeli Foreign Ministry, the senior Israeli rabbi met with the king and religious figures from several other Arab countries, including Kuwait, Qatar, Egypt, Jordan, and Lebanon.

“Middle East nations want peace with Israel, the leadership should promote that without fear,” Amar said during his stay, expressing hope that in the future, such visits would not require special preparation.

The report said the meeting was held in April, when the 69-year-old Bahraini monarch paid a visit to the Hungarian capital city of Budapest under the guise of holding talks with President Janos Ader and strengthening bilateral relations.

The source added that the meeting was held as a preparatory event for the so-called Peace to Prosperity workshop, which opened in Bahrain on June 25 and ran through the following day.

It apparently sought to advance the economic aspects of President Donald Trump’s controversial proposal for “peace” between the Israeli regime and the Palestinians, dubbed “the deal of the century.”

The Palestinian leadership boycotted the meeting, prompting critics to question the credibility of the event. 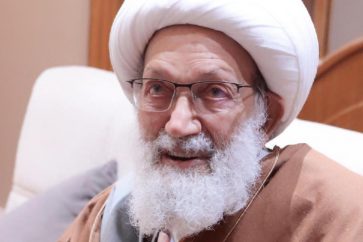 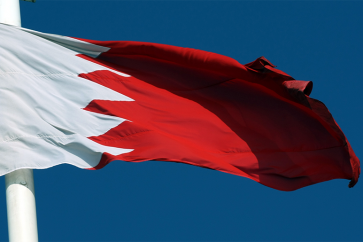