Lebanese protesters on Wednesday kept the country on lockdown with one of the major rallies took place near the Central Bank branch in Hamra.

In Beirut Downtown, protesters filled the streets leading to Riad al-Solh and Martyrs Squares for the seventh consecutive day.

Elsewhere in other districts, major roads across Tripoli, Jounieh, Sidon, Tyre and Nabatiyeh were blocked by protesters who have been since last Thursday demonstrating over the hard livelihood conditions in the country.

The protesters say their politicians have stolen tens, or even hundreds, of billions of dollars from them, aided by laws that allow bank secrecy.

Meanwhile, protesters gathered near the Central Bank of Lebanon (Banque Du Liban), calling for the trial of BDL Governor Riad Salameh over his economic policies.

Protesters held banners and chanted slogans like “Down with the Bank rule” which turned out to be a hashtag on social media.

“We won’t pay taxes, Banks have to pay,” one of the banners read, while another said: “O governor, let us meet at the court,” referring to Salameh.

One of the protesters told Al-Manar that the Central Bank is one of the major destinations that demonstrators should gather at, since the BDL “is responsible for the wrong economic policies which led to the high debt and the hard financial condition in Lebanon.”

“The squares won’t be empty, but here is the man destination,” she told Al-Manar reporter near the BDL main branch in Hamra.

Other protester slammed that media outlets are not covering the rallies near BDL, considering such move “suspicious”.

“This indicates to some media outlets’ complicity in such policies adopted by the Central Bank and other commercial banks,” the protester told Al-Manar. 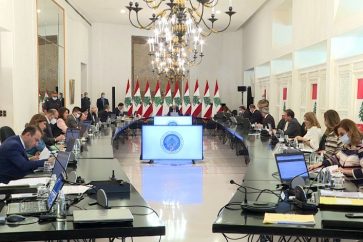 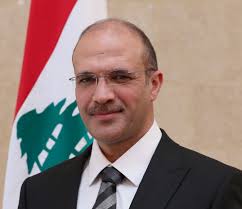