Lebanon marks Thursday the 23rd anniversary of the Israeli massacre against the Lebanese innocent civilians and the UNIFIL troops in the southern town of Qana as over 106 martyrs were claimed by the Zionist artillery shells.

It was 2 p.m. on April 18, 1996, when the Israeli occupation struck a position for the UNIFIL troops (Fijian brigade), killing 106 innocent civilians and injuring dozens.

The Lebanese civilians escaped from the Israeli shells during the 1996 war and resorted to the UNIFIL position, supposing that the UN umbrella could protect them from the Zionist barbarism.

The UN Security Council held an urgent session to condemn the Israeli massacre; however, US vetoed the resolution.

The Zionist enemy launched a 16-day destructive aggression on Lebanon in April 1996; in response, Hezbollah resistance struck the Israeli settlements and confronted the enemy, imposing on it a deterrence formula which protects the Lebanese civilians. 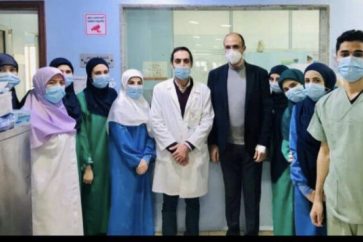