Head of the new Yemeni council, Salah al-Sammad, proposed on Sunday a truce on the country’s border with Saudi Arabia in an exchange for a halt in Saudi-led strikes on his country.

The proposal coincided with a surge in fighting after peace talks were suspended last month.

Sammad called on Saudi Arabia to “stop naval, air and land aggression, cease air raids and lift the blockade of our country, in exchange for an end to combat operations on the border and to missile launches into Saudi territory,” he said, in a speech published on the sabanews website.

Sammad also urged the UN and “peace-loving states” to exert pressure on the attacking Saudi regime to accept the offer.

He also suggested an amnesty for “combatants who have sided with the aggression,” a reference to fighters who back the Saudi-US assault on Yemen.

The Huthis are allied with soldiers loyal to former president Ali Abdullah Saleh.

Saudi Arabia in March 2015 formed an Arab coalition to begin air strikes on Yemen. More than 6,600 people have been killed since the coalition launched its intervention, most of them civilians, and at least three million people have been displaced, according to the United Nations. 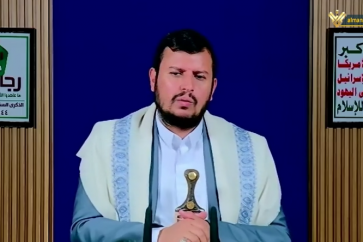