The Iraqi Foreign Minister Ibrahim Al-Jaafari stated on Monday that his country intends to fight ISIL in Syria on the basis of protecting the Iraqi territories from the threats of the terrorist group, not interfering in the Syrian affairs.

Al-Jaafari told the Russian news agency that the Iraq forces will strike the terrorists within the Syrian territories in case they pose an extended threat against the Iraqi territories.

Iraq’s air force struck ISIL targets in Syria border towns of Boukamal and Husseibah, strikes that came in response to recent bombings in Baghdad claimed by ISIL and linked to the militants’ operations in Syria. 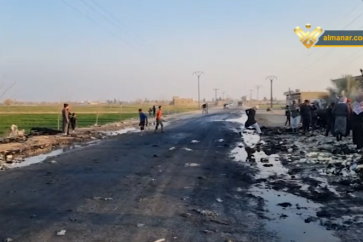