Hezbollah issued on Thursday a statement which hailed the brave stance of the information minister, George Kordahi, in defense of the Yemenis oppressed by the Saudi-led aggression which has led to bloodshed, killed hundreds of thousands, and besieged the entire population under the dangers of famine and illness.

Hezbollah condemned the unfair campaign launched by Saudi, UAE and the Gulf Cooperation Council against the Lebanese minister, labeling it as an aggression on Lebanon’s sovereignty as well as freedom of speech and a rejected blackmail that stabs the dignity of every Lebanese person.

The statement stressed that Hezbollah rejects all the calls to dismiss Kordahi or push him to resign, considering that the calls are blatant aggression on Lebanon as well as its dignity and sovereignty.

Hezbollah also denounced the stances of some Lebanese politicians and media outlets and journalists who accepted, due to their defeated souls, to be hired to participate in the paid campaign, labeling it a s major moral fall and an insult to Lebanon’s media history, people, sovereignty, and national dignity. 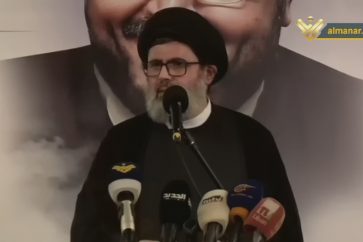