A car bomb exploded near a busy market in Somalia’s capital Mogadishu on Saturday killing at least eight people, police said, as medical sources warned the toll could be far higher.

“We have counted about eight civilians so far who were killed in the blast and more than 10 others wounded but the death toll could be higher because the area is a market and it was so densely populated when the blast occurred, most people who were wounded have serious injuries,” said police official Ibrahim Mohamed.

Medical sources suggested nearly 30 people had been killed, but this was not confirmed by authorities.

“Our ambulances have collected 13 wounded civilians and 28 dead bodies, the toll could be higher because of the density of the location where the blast occurred,” Dr Abdukadir Abdirahman Adem, director of the AMIN ambulance service told AFP.

The blast took place in the densely populated Afisiyone area in southern Mogadishu. 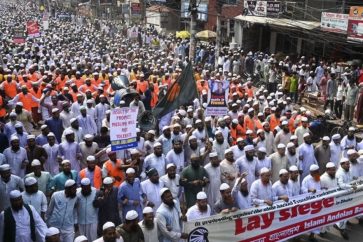