Egyptian President Abdel Fattah al-Sisi held a phone call with Israeli Prime Minister Benjamin Netanyahu on Wednesday regarding the agreement to normalize relations between Israel and the United Arab Emirates.

According to the Egyptian president’s office, Al-Sisi told Netanyahu that Egypt supports “every step aimed at promoting peace and stability in the region.”

Al-Sisi also stressed that it was important for Egypt to preserve “the rights of the Palestinian people and to work for the establishment of a Palestinian state committed to the security of Israel.”

“The Israelis and the Palestinians must do everything to preserve calm in the Gaza Strip,” he told Netanyahu, adding that “the agreement with the United Arab Emirates was a step in the right direction.”

However, the Egyptian president expressed his opposition to any movement to annex parts of the West Bank and called for the resumption of negotiations with the Palestinians.

Iranian Response Would Be Destructive: Israeli Report Says Army Hasn’t Been Instructed to Prepare for Scenarios of US Strike on Iran 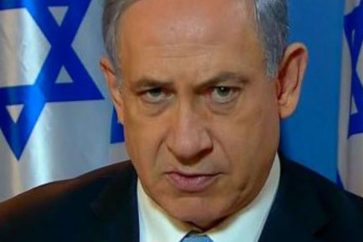