A group of Zionist settlers attacked a Palestinian man in the city of Al-Quds on Thursday and stabbed him.

The video below shows the moment when the settlers attacked the Palestinian youth near a market in Al-Quds.

Israeli media also reported the attack, without saying that the attackers are Zionist settlers.

Israeli website i24News said the attack “possibly had nationalistic motivations,” adding that the Palestinian man was transferred to the hospital.

“He was conscious, suffering from serious stab injuries,” the Israeli media outlet reported. 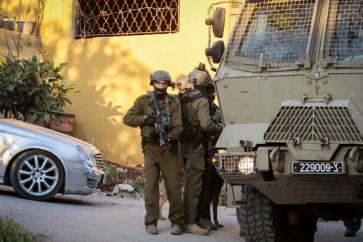